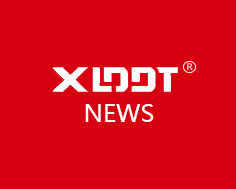 Failure 1 a two-speed elevator PLC control, the total burn 2 a insurance of PLC power supply circuit, control on ark, not insurance within the PCLS), indefinite time, no rules. In the PLC to inspect and by changing the machine if there is no problem, maintenance personnel will be 2 a insurance for 3 a. The insurance constantly, started burning power transformer (110 v, 24 v) 4 a primary circuit of insurance, and sometimes in the heart of the elevator running at the bottom of the total brake 60 a empty open top. This situation lasted for more than a month, can’t find the reason.

Analysis of capacitance is equivalent to a large load, equivalent instantaneous short circuit, when capacitance virtual connect produce larger current in the circuit. The user elevator power lines and aluminum wire, impedance, current big line pressure drop is large, make the elevator power input voltage instantaneous is reduced. In order to maintain a certain power, the electric circuit the current will increase, so the burning 24 v circuit insurance for granted, and at the beginning of the PLC machine circuit first burn out because of low insurance value. As for top gear, is also due to the elevator in the operation of the electric current is bigger, instantaneous break circuits of insurance before occasionally burn, open may start off, this also with the empty open older, tripping current value is not accurate.

2 some brand FM elevator failure, has been operating normally. After the winter of 2006 often “crash” (elevator computer protection), should be adopted brake power outages and power to continue operation. The fault especially in the morning just appear more frequently at work, often with car is protected. And after a lot of switch, electric transmission, they gradually returned to normal, and rarely out of order in the afternoon. Computer protection fault code prompt, to detect the velocity curve and the difference between the feedback faster than the specified value.

Solution when put the reducer gear oil, replace the new oil after never happened this problem for a few days.

Analysis of the According to the phenomenon of visual judgment should be related to the temperature, because the elevator in rooms with outdoor. Doubt is at the beginning of a component is not reliable, especially rotary encoder, happened in other field cannot be used when air temperature is low, but change the electronic board, electric heater of code this measures all have no effect. Replace down, in fact, the old oil and new oil viscosity look similar, but is this difference led to the failure. There is a long-stalled elevator before winter make, for the first time happened on the brake motor buzzing but don’t turn the phenomenon, is also because of the gear oil. According to the requirements of the elevator maintenance, gear oil should be replaced once a year, and have winter summer oil and oil.

Some brand computer control failure 3 passenger elevator, the layers of hall signal is through serial communication to computer control board. The ladder has been running three or four years, I do not know from which day to start, the user response is often less than the elevator. Many full elevator? Maintenance personnel have already try, even if no one in the capsules are less than the condition of the ladder. Check the bottom of the load switch is no problem, wheel and no driver headed for function. Finally, the related electronic board, hall board in a times still not solve the problem.

Point of failure is a bad car annular fluorescent lamp, the lamp picked as well. Its top ceiling in a total of 6 tubes, most has the bad, and the end of the tube was dark, and flash light.

Reply after analyzing hall lamp can be bright, and didn’t call to the elevator, but the past back also can response, show hall board, electronic board is no problem, the board to switch to just sick flying blind. Consider whether or not the full signal has a problem from the function of thinking is right. Full load switch is normally open point, high level (DC48V) effectively. Will control load on line, the fault is eliminated. Restore the wiring oscilloscope for further observation, found pulse wave, its peak reached 40 v. Thus shape plane loaded with straight signal effectively, the pulse frequency synchronization with fluorescent lamp ignition, is the accompanying cable coupling to the full of signal lines. After the test, on the line after another 50 uf capacitance (ground), also can eliminate the interference.

Some brand FM fault 4 passenger elevator (1350 kg, 1.75 m/s), put into use is less than 1 year, appeared in speed things in advance. The ladder changing speed principle is this: the elevator to stop layer before computer according to the location specified in the encoder count a deceleration curves of the elevator speed running to analyzed the 200 mm layer (layer shaft flat knife), go flat curve, thus accurate flat layer. Deceleration curve and flat layer cohesion is bad, can affect comfort before stop the ladder. The ladder in speed too much ahead of time, sometimes very slow speed to slow down close to zero speed after crawling to mun, speed and increase slightly and then stop. Elevator passengers one is feeling slowly, seem to stand along while don’t open the door, open the door to Britain. The ladder a few months ago for marble capsules is decorated, increase weight after debugging to again, so the user is not satisfied.

Analysis of capsules to decorate marble and increase weight increased the stress of the steel wire rope, wire rope that quality is not very more oil, tractive sheave and the decrease of the coefficient of friction between wire rope slipping. The skid has two cases, one kind is the consequent, such as elevator full line after starting, wire rope moving faster than traction wheel, which is unsafe, could stop the elevator when opening the door for inertia continues to decline. This ladder is another kind of situation, in under light load, full load on line, the traction wheel move up, but didn’t move, wire rope this slip is not continuous, not timing slip for a short period, when running layer stand far away will be accumulated a certain distance, due to the traction wheel turn the encoder count distance than the actual car to run long, change the speed instruction in advance.

There is a wire rope related situation. When the elevator running long wire rope is stretched, the diameter and the deeper embedded in the tractive sheave groove. So tractive elevator running rotary lap distance shorter than just when installed, when the floor is higher, running layer stand far also accumulated a certain distance, the above situation. This is compared to little, but still can affect comfort, the elevator need to debug at this moment, for an additional layer of distance learning.

Some brand FM passenger lift breakdown 5 less than six months after delivery, often “crash” computer protection, according to fault code prompt, check the local also found no problem. And somehow these fault codes indicate that there is no connection between each other, the contents of some fault code based on past experience has rarely seen. Because the scene is a the brand of elevator, cannot replace the electronic board test.

Point of failure is before and after the two pieces of electronic board in the middle of the connecting screw, remove the it is ok.

Analysis of the two boards and around by a number of about 25 mm long before insulation nylon screw connection and fixed, and circuit signal by two plates in the middle of the connector (48 p). Beside the plug and a connecting screw rod, copper ground connection resistance to dry effect probably. Problem is due to omission in production assembly control cabinet, with a 30 mm long screw, make the connector cannot be inserted to the bottom, but each signal line can just connected, installation and debugging are going well. This ladder live in a coastal city, time is long because of be affected with damp be affected with damp, such as oxidation, plug and socket connection is poor contact. And the two boards a computer board, a is the interface board, when circuit can cause a variety of fault is taken for granted.

Fault 6 a transform the elevator, ladder is ac regulating speed, change the control cabinet, control plate, hall and aus. Control cabinet is south some manufacturers, the main control unit developed by themselves and yaskawa frequency converter. After transforming the elevator reliability greatly improve the ride comfort, is closed. But soon, the elevator uplink choose five floors, parking after entering mun tape speed, elevator top also uneven layers, and in the other station and down to 5 layers. Because 5 layer is not the end, the other layer is normal, should not be a component is broken, mainly from the mechanical parts. Checked the position of the assistant director of spacing, joint, capsules, the weight of the upper and lower guide boots, focusing on the five floor hall door hook lock, wheel as well as the relationship between the location of the car door dial the door knife. But the problem is still not solved, and the failure from the start, development inevitable to 5 on each layer, call control cabinet manufacturers also didn’t get more valuable information.

Point of failure is accompanying cable has broken, will be 24 v dc power supply to the car at two core, respectively with the parallel a standby line problem solving.

On the analysis of the maintenance, mechanical judgment are correct. But the situation of this ladder is a special case, there is a certain coincidence. Conductor disconnect point separating a corner in the corresponding cable, only after the connected again, this also is accompanying the characteristics of the cable. And sometimes a single direction, can change the direction, TDD, or has broken is not the same as the length of time. The cables breakpoint position corresponds to the photoelectric switch into mun flat layer knife after just a few centimeters. Photoelectric switch is outside on the output transistor is disconnected, flat layer knife after blocking the light path switching, but soon 24 v power supply, the output transistor is broken, the control system logic thought the elevator door area again before to stop at zero speed protection, inertia effect out of 24 v again after a few centimeters, since in mun open orders continue to be valid. As for 24 v which is negative two lines have a problem no scrutiny. Transform the elevator again good to replace the old elevator adopts circle along the cable with flat cable, because the former from the tensile strength, security, service life than the latter.